Ultraviolet light that kills 99.9% of harmful bacteria and viruses. This include COVID-19, Delta variants, flu, MRSA, mold and fungus.

We bring the protection of surgical grade UV-C technology used in hospitals and surgery centers to your business or organization.

Disinfect your location in a fraction of the time traditional cleaners take. Sanitize rooms within minutes.

Chemical cleaners reach the surface but aren’t best for sensitive equipment. With UV-C technology, you effectively treat all your space, no matter the environment.

Our UV-C lamps use bulbs – certified to disinfect larger areas and kill 99.9% of germs and bacteria.

Where is UV SaniTower safe to Use?

UV SaniTower is a safe and powerful 254-nm UV-C germicidal cleaning technology that removes 99.9% of all germs in a little as 10 minutes. It’s faster cleaning time makes its ideal for: 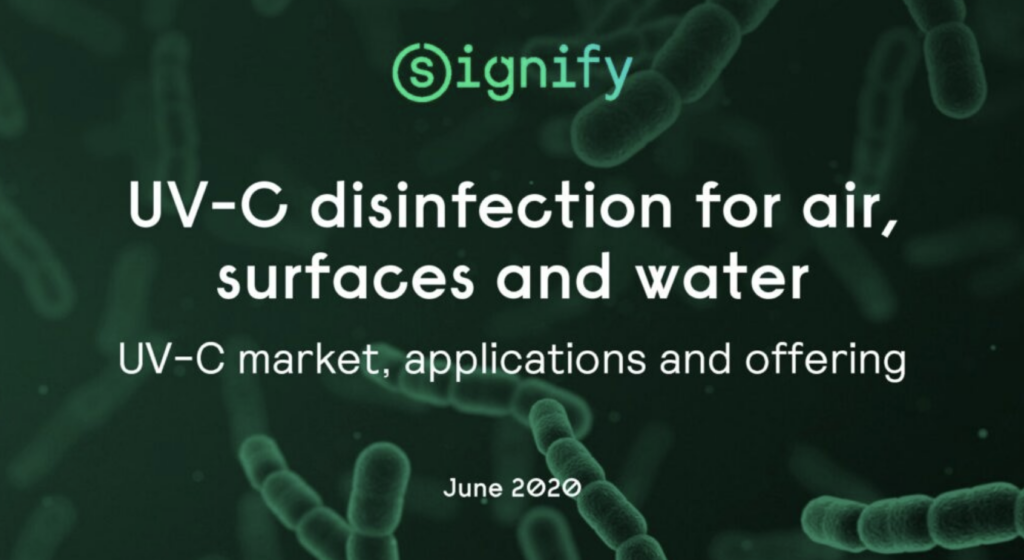 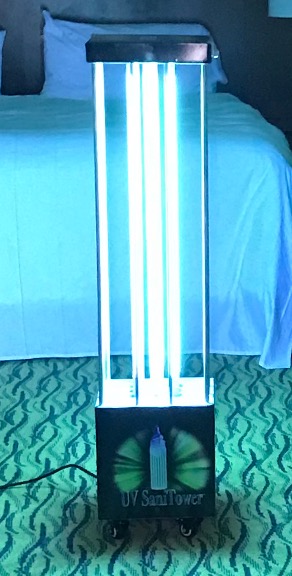 The UVSaniTower is used to sterilize hospital rooms, production, work, and storage areas without personnel present, and provides 360° treatment.

WARNING: To guard against damage, please follow observe basic safety precautions.  Do not operate UV SaniTower while in room without proper protection. Follow OSHA label located on unit.  Do not expose skin or eyes to direct or reflected UVC rays as they can be harmful to these areas.

WARNING: To guard against damage, please follow observe basic safety precautions.  Do not operate UV SaniTower while in room without proper protection. Follow OSHA label located on unit.  Do not expose skin or eyes to direct or reflected UVC rays as they can be harmful to these areas.

Bonnie graduated from Bloomsburg University with her Bachelor Degree in Business Economics.  Her career began in the Hospitality Industry in which she became the youngest Director of Sales and Marketing in Richmond, VA in 1994.  She began her career in the Medical Supply Industry in 1997 becoming the Branch Manager of Action Care which was later acquired by Home Care Supply.  In 2001 Bonnie started an Oxygen and DME company, Integrity Home Medical in Sarasota and Manatee Counties. Integrity became the leading Durable Medical Equipment Company within the first year of operations.

Dr. Mathew is Board Certified in Family Medicine and has practiced Hospitalist Medicine since 2009.  He received his medical education from Ross University and completed his residency at Tallahassee Memorial Hospital.  Prior to becoming a Medical Doctor he completed his Masters of Science and Pharmacology in Bangalore India.  Dr. Mathew practices medicine at Manatee Memorial, Lakewood Ranch Medical Center and Venice Regional Hospital. He also is the owner of a successful Anti-Aging Medical Clinic in Bradenton, FL.

Christian served for the United States Navy from 1990 to 1994.  He served as an aviation electrician on the USS Theodore Roosevelt aircraft carrier during Desert Storm.  After serving for the Navy in 1994 he went to work for Dolphin Aviation as an electrician. He later was hired by GTE/Verizon from 1999-2009 as a supervisor and area manager.  In 2009 he began a private party rental business in Manatee County.  He grew his company to one of the top leading rental companies in both Sarasota and Manatee Counties.

Ron graduated with his BS from the University of Washington, Seattle, Washington. He spent 6 and 1/2 years in the USS Navy. 4 years as an Engineering Officer on USS Kitty Hawk and 2 and ½ years as Chief Engineer on USS Barney.  Ron spent the next 29 years working for Raytheon Missile Systems.  He developed, designed and manufactured many different weapon systems that are currently used in the US and world inventory. Ron’s last 3 years he was a program director responsible for annual sales in excess of 1 Billion USD.